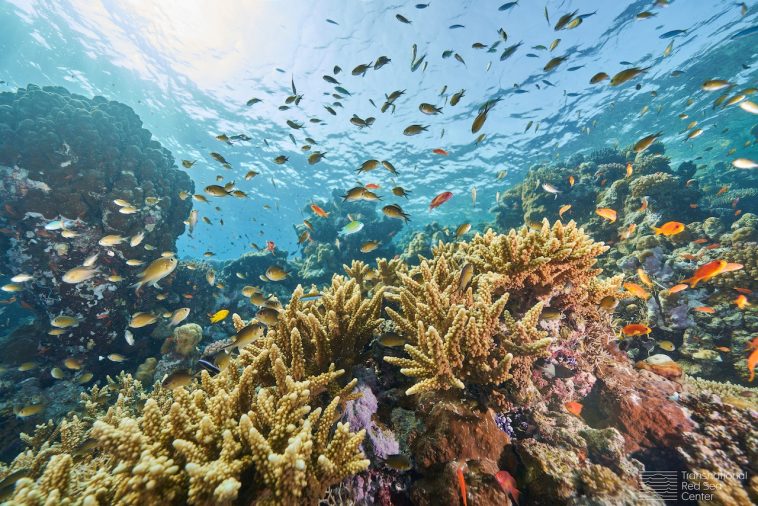 A warm temperature enveloping it throughout the year, the white-sand beaches, the glistening turquoise waters, a wide array of marine life, and the vibrant coloured corals make the Red Sea the final frontier of diving and other water-based activities like jet skiing to boat tours. No wonder this pristine gem is among the most sought-after tourist destinations in the world. If you start exploring the versatility of what it has to offer, you will no doubt fall in love. Though all the facets that make the Red Sea so unique and mysteriously wonderful cannot be compressed into one article, here are 8 of the most interesting ones to inspire you to add this to your bucket list.

The mystery behind the origin of the Red Sea’s colourful name has been intriguing to many as multiple theories surround it. The type of alga that blooms seasonally and can turn the colour of even crystal-clear waters into a deep orange-red is popularly attributed as the cause behind the name. 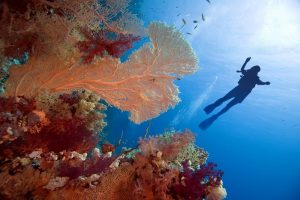 However, another popular opinion suggests that it is due to the red-tinged mountain range called Harei Edom located nearby or the Egyptian desert once known as “red land.”

If you consider the rich diversity of the underwater ecosystem of the Red Sea, the fact that this is regarded as a major hot spot for scuba diving and snorkelling will not come as a shock to you. 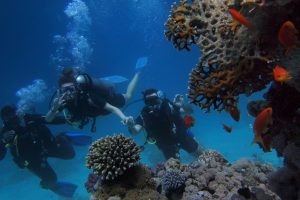 Exploring the shipwrecks that date back to the late 1800s in the Ann Ann and The Staphonos are at the top of every diver’s wish list. Head to the Farasan Banks or venture to Jabal Al Lith to get the chance to see some wild Clown Fishes or even a majestic wild whale shark.

When you go underneath the surface into the depths of the Red Sea, marine animals and aquatic plants won’t be all you see. There are multiple shipwrecks and remnants of the sea’s past discovered in the vast abyss. 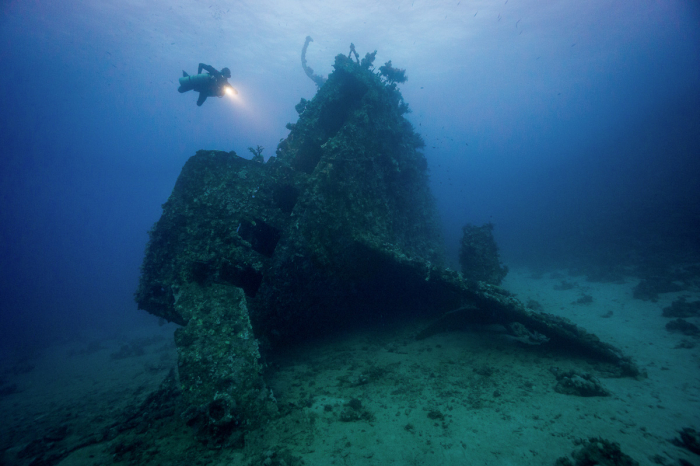 One of the most interesting wrecks among them for technical exploration is Rosalie Moller, lying 55m below the surface. This former cargo ship was attacked by German forces in October of 1941 and it was left there for decades to accumulate dense layers of coral.

In the southern Red sea, there are still untouched territories with an abundance of marine animals yet to be discovered. Approximately 20% of species found here are very rare and cannot be found anywhere else. Among these rare species of fish, Solitary Sailfish is quite popular for being the fastest fish in the world. With a length of over 1 metre and a speed of up to 68mph, no other fish can come close to its reign. 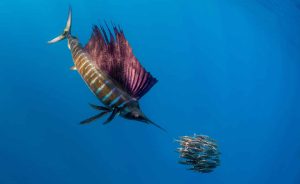 Other fascinating animals found here include rare species of sharks, like the Silky Shark. Aptly named due to their silky skin and can be easily recognised from afar as they can grow up to 3 metres in length. Other than that, sometimes schools of up to 30 scalloped hammerhead sharks and tiger sharks can also be sighted at dive sites like Seven Sisters and Abu Galawa.

The saline waters of the Red Sea preserve within itself numerous health benefits. It is approximately 35% saltier than most other seas. This added level of saline concentration supposedly improves blood circulation in the body. 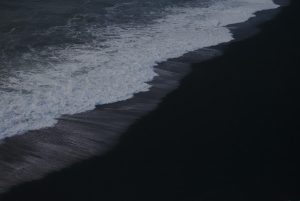 Traces of minerals and black sand can be found at the sandy beaches located near our Radisson Blu Hotel, Jeddah Corniche, which are known to be used as remedies or in treatments of various skin and health concerns like inflammations, rheumatism and arthritis.

Apart from Scuba Diving and snorkelling, which are underwater activities, visitors of the Red Sea can also take part in many activities and water sports conducted above the water’s surface, like Kitesurfing, Kayaking, Stand-up paddle-boarding, Parasailing, Windsurfing, Jet Skiing, Flyboarding, Wakeboarding, etc. 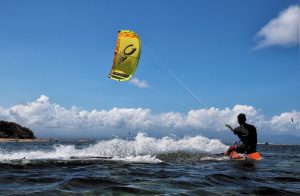 Kitesurfing is among the most exhilarating activities to participate in. The best time to try this out would be between the period of October and May as the water temperature is perfectly warm and visitors are met with steady winds to help them navigate much more predictable waves.

The Red Sea Project is an ambitious initiative by The Kingdom of Saudi Arabia which was announced by the Saudi Crown Prince in July 2017. It aims to capitalize on this spectacular water body while focusing on providing a luxury experience and ecotourism to attract visitors to the Red Sea coast. 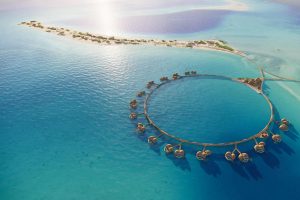 The sprawling tourism complex will also give its guests the opportunity to explore untouched islands while connecting with sustainable nature and wildlife.

The weather of the locality surrounding the Red Sea matches perfectly with a beach day and is warm enough to visit throughout the year. 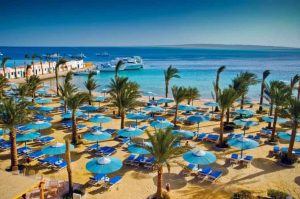 Averaging close to 66°F, even in December and January, but can go up to an 84°F average in the summer months. The shallow parts of the water are always warm as bath water. 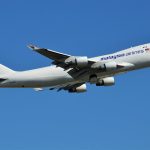 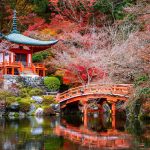